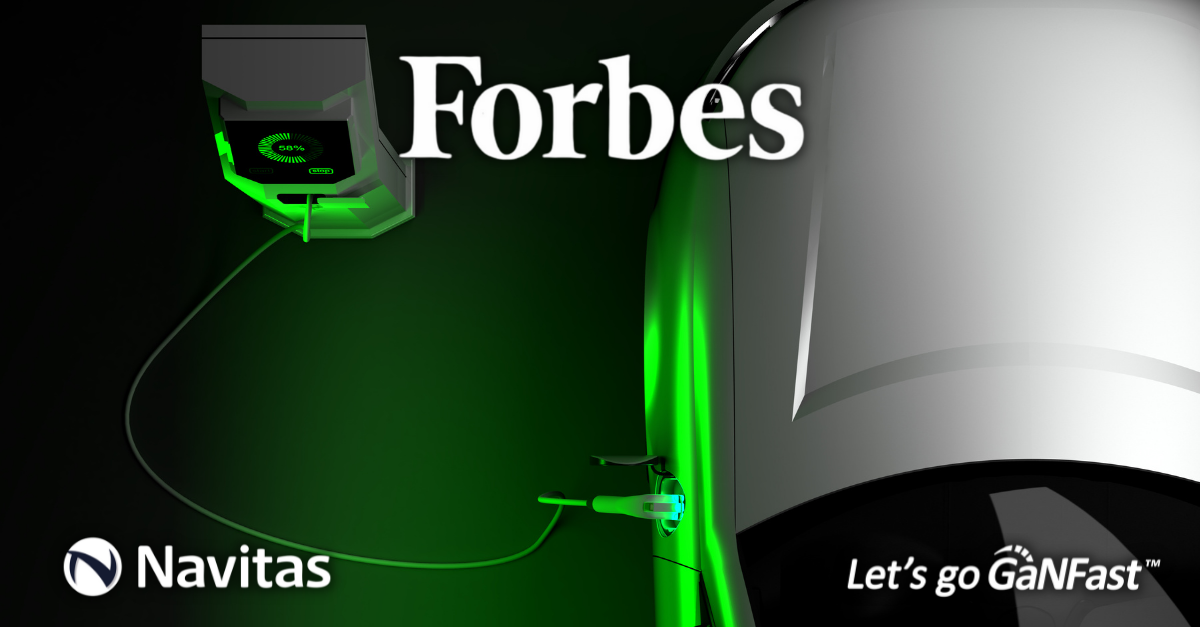 “Necessity being the mother of invention, automotive manufacturers can soon move on from worrying about the silicon chip shortage to getting excited about how much better the replacement technology is, while the rest of us is find out just what gallium nitride (GaN) is.”

“Then along comes GaN, the next generation silicon, the new kid on the block. It operates 100 times quicker than silicon, doesn’t lose energy and with its increased speed it is lighter, smaller, cheaper. It’s now in its second revolution for phones and charges them 3 times faster, and soon electric vehicles too. If you look at the manufacturing process, the chip is 5 times smaller and that means every time you make a wafer it is 5 times smaller that means you get 5 times as many”.